I have thought about this a lot but I didn’t know how to say it. It is clear that time is not going to make me more articulate, but maybe discussion will: We should stop caring so much about truth.

It’s scary for me to say that considering everything that’s happening right now. I’m living in a climate where we think everything will be fixed with Truth, but we haven’t agreed on what Truth means. There are many wrongs, misunderstandings, and…well—lies—out there that we hardheadedly keep trying to shove Truth at because we think that will fix it. “How can they be so blind? How do they not see the Truth?” both sides think.

Truth. Facts. Real. These are objective things we rational humans should agree on. Right? 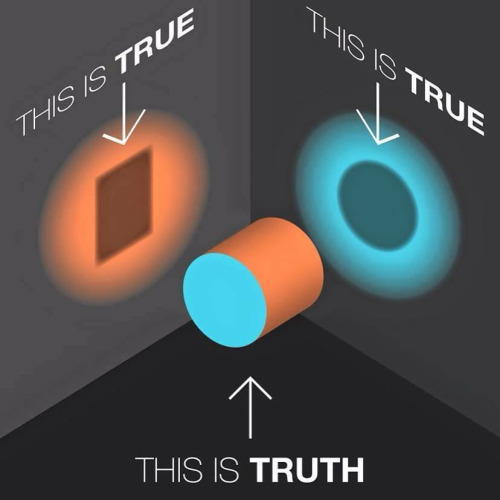 Clean, empirical facts exist within the messy subjective world of people. Perspective and interpretation are enormously powerful. One person’s truth is can be totally different from another’s. The same fact can be used to prove points on both sides of an argument. We are constantly nudged by the designers of our world in ways we might not even be aware of, but through practice we can critical readers of narratives that surround ourselves.

Take maps for example. They walk this fascinating line between art and tool. Many of us use Google Maps to navigate around on a regular basis. If you’re young enough, you might even remember getting atlases of the US highways for road trips. We looked at world maps in school when we learned about all far away places. We might use a building map to find the nearest bathroom.

But who decides what’s worth going on a map? Or which direction it’s oriented in? How does that effect the story its telling? How does that affect our understanding of what’s important or not

Whew, weren’t we crazy back then, you think. We don’t fluff up a subjective map with propaganda like that anymore, you’re telling me.

Why is a map oriented North-South? It makes us on the western hemisphere feel pretty great about ourselves, doesn’t it?

The way we orient the map is completely arbitrary. It doesn’t have to be North-South. It’s a sphere floating in space. We orient it North-South (often with North America smack in the middle for us ‘Merica folks) because it fits into larger up=good / down=bad metaphors we live by. (Think heaven & hell, or what we mean when we say “I’m feeling up today”/”I’m feeling down today”).

I mean, can we just for a moment consider what our map does to Africa?

Let’s bring it closer to home. Let’s say I want to find a coffee shop near me and I pull of my old friend gMaps.

How does Google Maps decide what coffee shop is worth labeling? What about which one gets a name? How does that affect the businesses that don’t get a name…or a label?

Or even when design is used to make our life easier. Optimizing for commuter’s experience, we turned the London underground from something that (could have) looked like this:

Neither of these are right or wrong, they were designed to advocate for an experience. The first is geographically accurate, but is less readable; the second is easier for a commuter to read, but it makes the 4-minute walk between Covent Garden & Leicester Square look nearly the same as the the 11-minute walk between Leicester and Piccadilly.

What I asking people is to find truth in art. Pull away from alarmist news articles and embrace fiction to find understanding. We talk about books as a way to escape into another world because of the transformative power of stories. We can take that same momentum and learn about the lives we cannot live any other way and understand each other better.

I’ve spent most of my life reading books by white men. Recently (suspiciously starting around January of this year…), I’ve been reading books by (or about) women, black authors, the autistic, and the impoverished. Why hadn’t I done this before? These are the worlds I don’t know about. While I talk a lot about the non-fiction books I’ve read because I for some reason think that will appeal to more people—it’s in the detail thoughts of a well-written character that you’ll learn about the complex motives that influence her actions and you’ll understand them, even if you don’t agree with them. (Plus, studies have show that readers of fiction are more empathetic, not that you need me to prove it 😉 ).

I think it’s sometimes hard to remember in the moment that people make choices based on a huge history of experiences invisible to us. If we want to have meaningful interactions, we have to meet them where they are —see their perspective before trying to show them ours. If you’re feeling out of practice and impatient, it’s probably a great time to read a book.

Man understands himself better because of Tolstoy

Be not too tame neither, but let your own discretion
be your tutor: suit the action to the word, the
word to the action; with this special o’erstep not
the modesty of nature: for any thing so overdone is
from the purpose of playing, whose end, both at the
first and now, was and is, to hold, as ’twere, the
mirror up to nature; to show virtue her own feature,
scorn her own image, and the very age and body of
the time his form and pressure. Now this overdone,
or come tardy off, though it make the unskilful
laugh, cannot but make the judicious grieve; the
censure of the which one must in your allowance
o’erweigh a whole theatre of others. O, there be
players that I have seen play, and heard others
praise, and that highly, not to speak it profanely,
that, neither having the accent of Christians nor
the gait of Christian, pagan, nor man, have so
strutted and bellowed that I have thought some of
nature’s journeymen had made men and not made them
well, they imitated humanity so abominably.

Q: Why do you know so much about maps, Jacklynn? Because.